Taint tracking can also be performed in reverse, starting with some known infection point and working backwards in time using the -f flag. The relationship of source to destination arguments is still preserved (source infects destination), so the source and destination enumerated value names should be reversed when using -f vs -pz.

The process of taint tracking is designed to propagate marks forward or backwards in time. For example if we knew A was tainted, and we saw A touch B, then B touches C we would get a propagation of A->B->C whereby A, B, or C are all considered tainted and could then taint other enumerated values.

Gravwell presented research at the S4x18 conference in Miami which successfully tracked USB based infectors that hopped air gaps.

Because taint can control the direction of the search, it is not advisable to combine it with the sort module.

The command syntax for the taint module is similar to a force directed graph. We must specify a source and destination with flags designating whether flow is bidirectional. A starting point is required, whether it be a patient zero (-pz) or a known infection (-f).

If we were to assume that a vicious new infection vector was found which could arbitrarily infect DNS servers by embedding a payload in their lookup cache, we could use the taint module to identify which top level domain names may have been attacked. The following search starts with a known patient zero, and generates a force directed graph showing all future propagation of tainted domains in a small network. 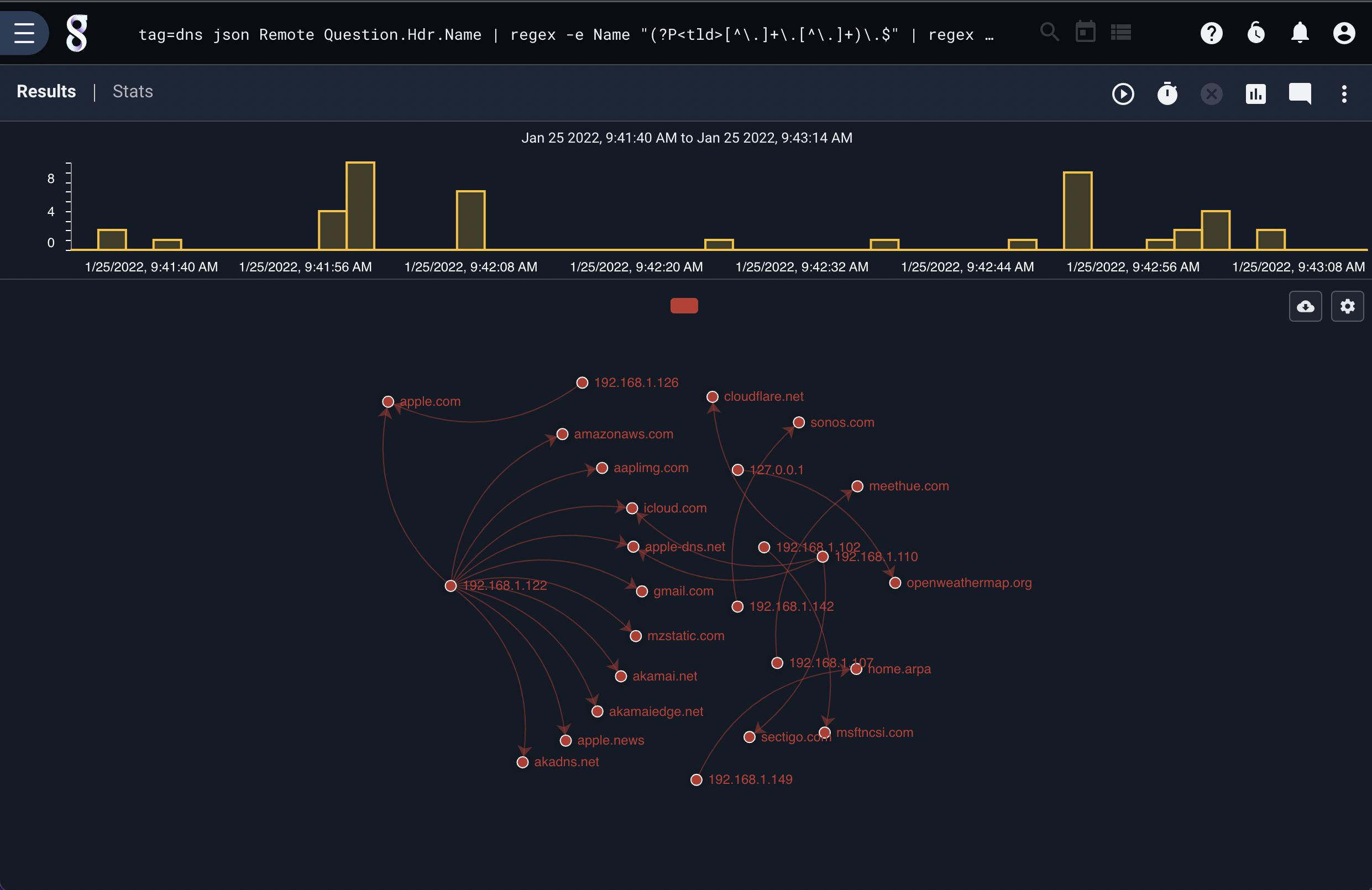 Reversing the work flow, the following search shows how a hunter might start with a known infection and work backwards to a potential patient zero. 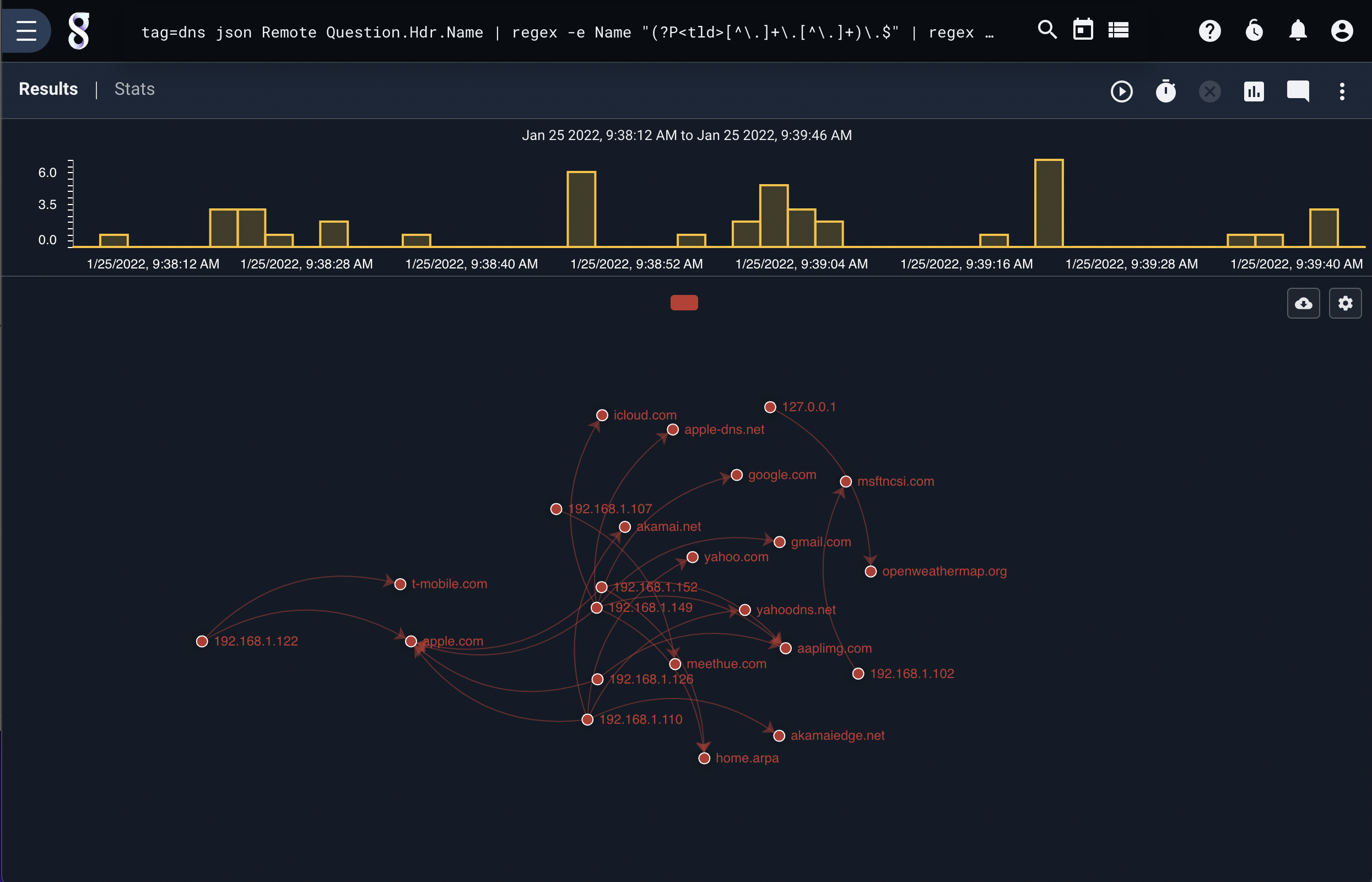