The lookup module is used to do data enrichment and translation off of a static lookup table stored in a resource. The contents of one or more enumerated values are compared against values in the match columns until a match is found, then the value in that row’s extract column is extracted into another enumerated value:

If you do NOT provide an as <valuename> addition to the syntax, lookup will create an enumerated value with the name of the “extracting” column.

You can also extract multiple columns for each match. The following example matches the contents of enumerated value A against the values in column B; when a match is found, it extracts both columns C and D:

When using the -s or -v flags it is legal to specify that no extractions are to take place. This operation can be useful when performing whitelisting or blacklisting.

Here is an example that ensures that enumerated values A and B exist in the columns X and Y but does not enrich data.

Setting up a lookupdata resource#

Lookup data can be downloaded from compatible render modules (e.g. the table module) and stored in a resource for sharing and utilization. Using the menu on the search results page, we can opt to download a table of search results in this format by selecting “LOOKUPDATA”. 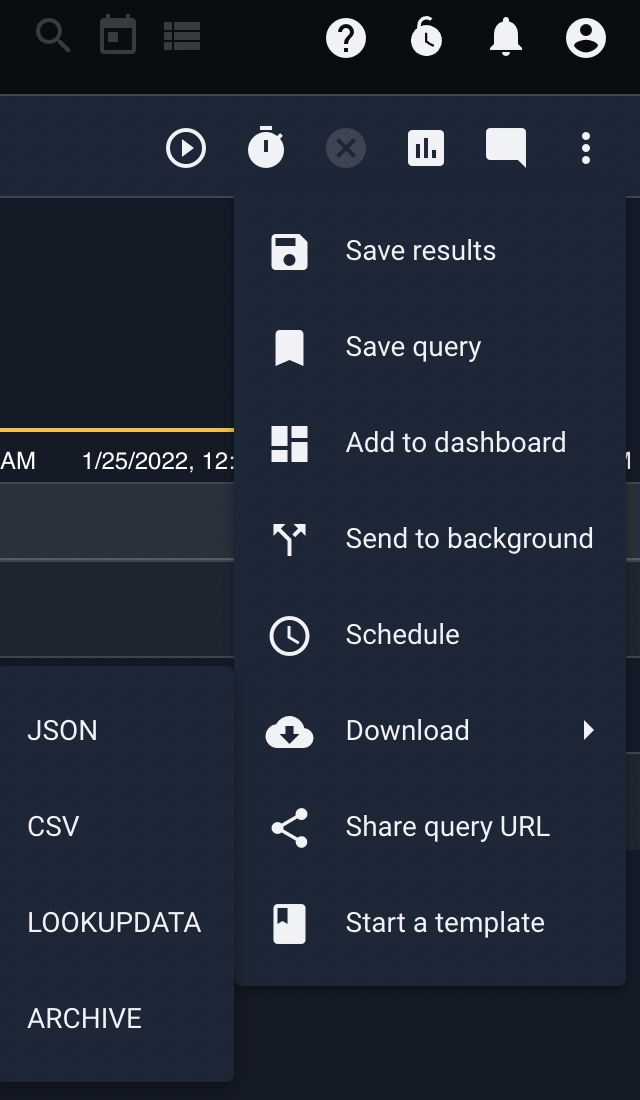 The table renderer also provides a -save option, which will automatically save the search result table as a resource for later use by lookup:

In the above example, the table renderer automatically creates a resource named ‘ip2mac’ which contains a mapping of IP addresses to MAC addresses as derived from DHCP logs.

CSV data can also be used for the lookup module. In order to use a csv file as a resource in the Gravwell lookup search module the CSV must contain unique headers for the columns.

In this example, we have a resource called “macresolution” which was created from the following csv:

Then we issue a search off of packet data and use the lookup module to enrich our data stream to include hostnames, which in this case we are assigning to the “devicename” enumerated value.

This results in a table containing the following:

This results in a table containing any mac addresses which were not in the look up list. System administrators can use the “-v” and “-s” flag to provide basic white listing and identification of new devices on a network or new logs in an event stream.

Given the name of a city, we’d like to be able to extract both latitude and longitude values. Assuming we’re working with JSON entries with contain a “City” field, the following query will do exactly that:

It matches the enumerated value City against the table’s “name” column, then when a match is found it extracts both “lat” and “long”, as shown below: