The force directed graph (fdg) module is used to generate a directed graph using node pairs and optional grouping. The fdg module accepts source and destination groups as well as a weight value for the resulting edge. 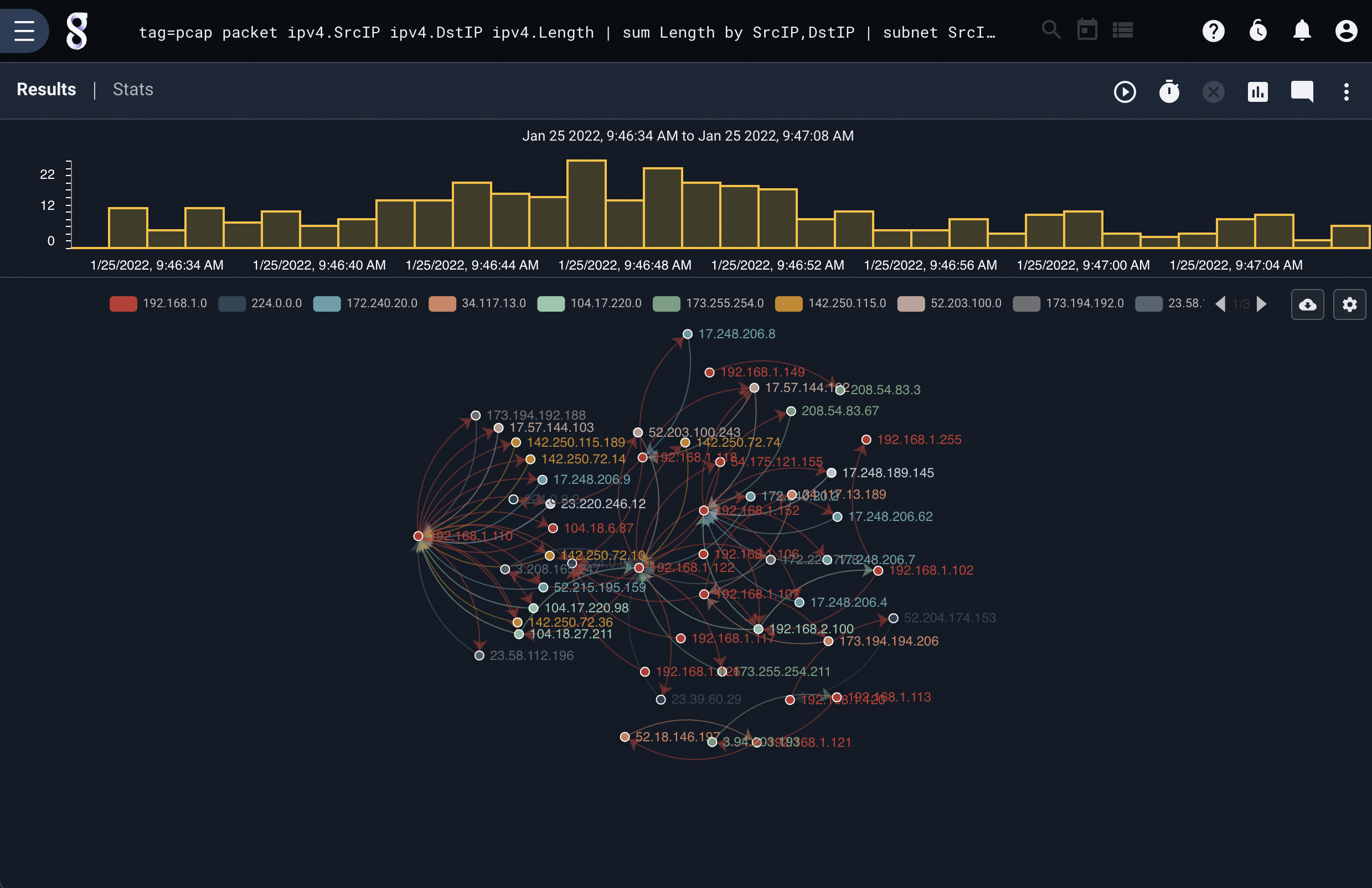 Hovering the mouse over a node shows its label and the labels of its neighbors: 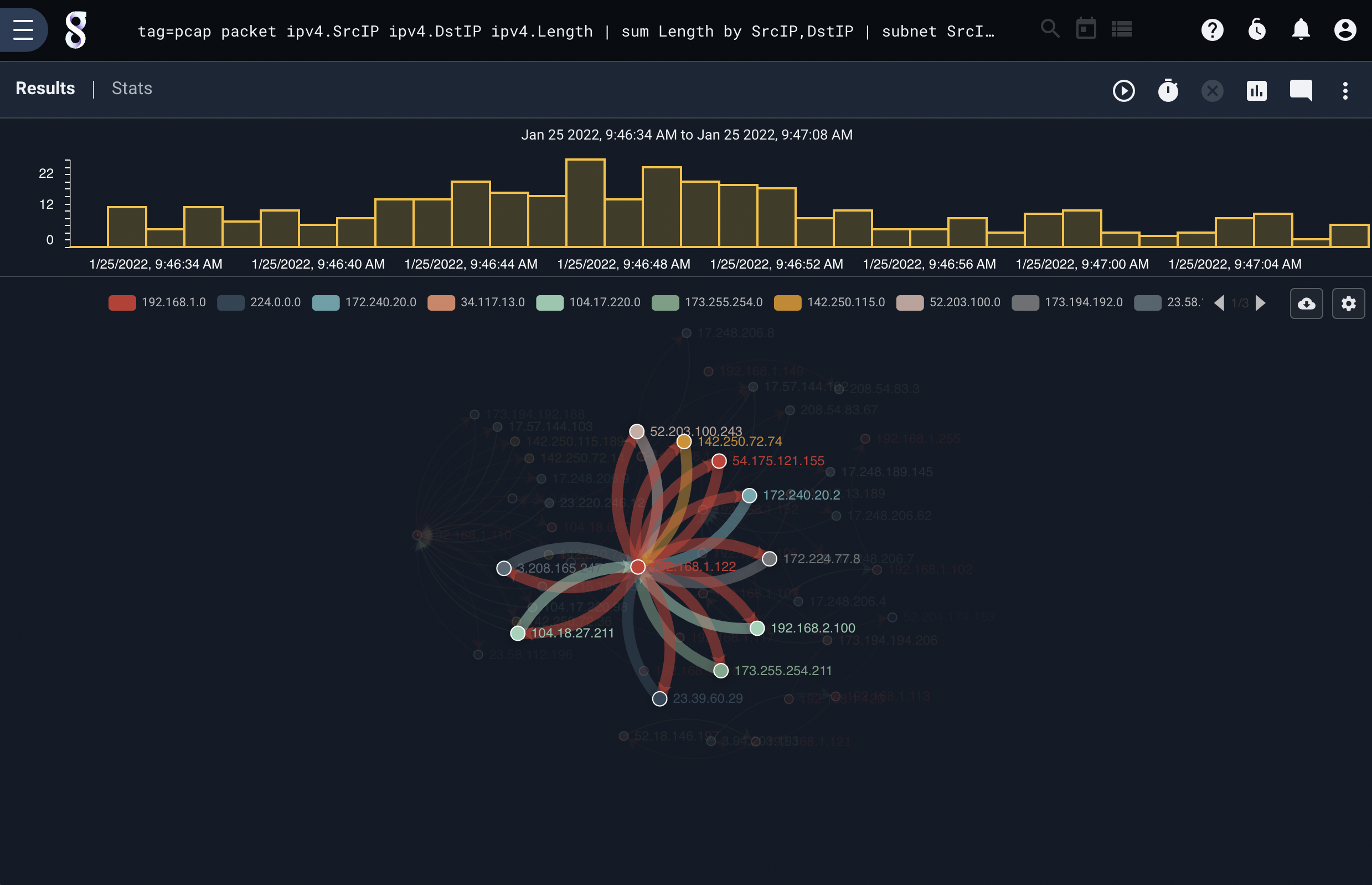 The options menu can enable or disable animation and change between the standard force-directed graph and a circular graph as shown below: 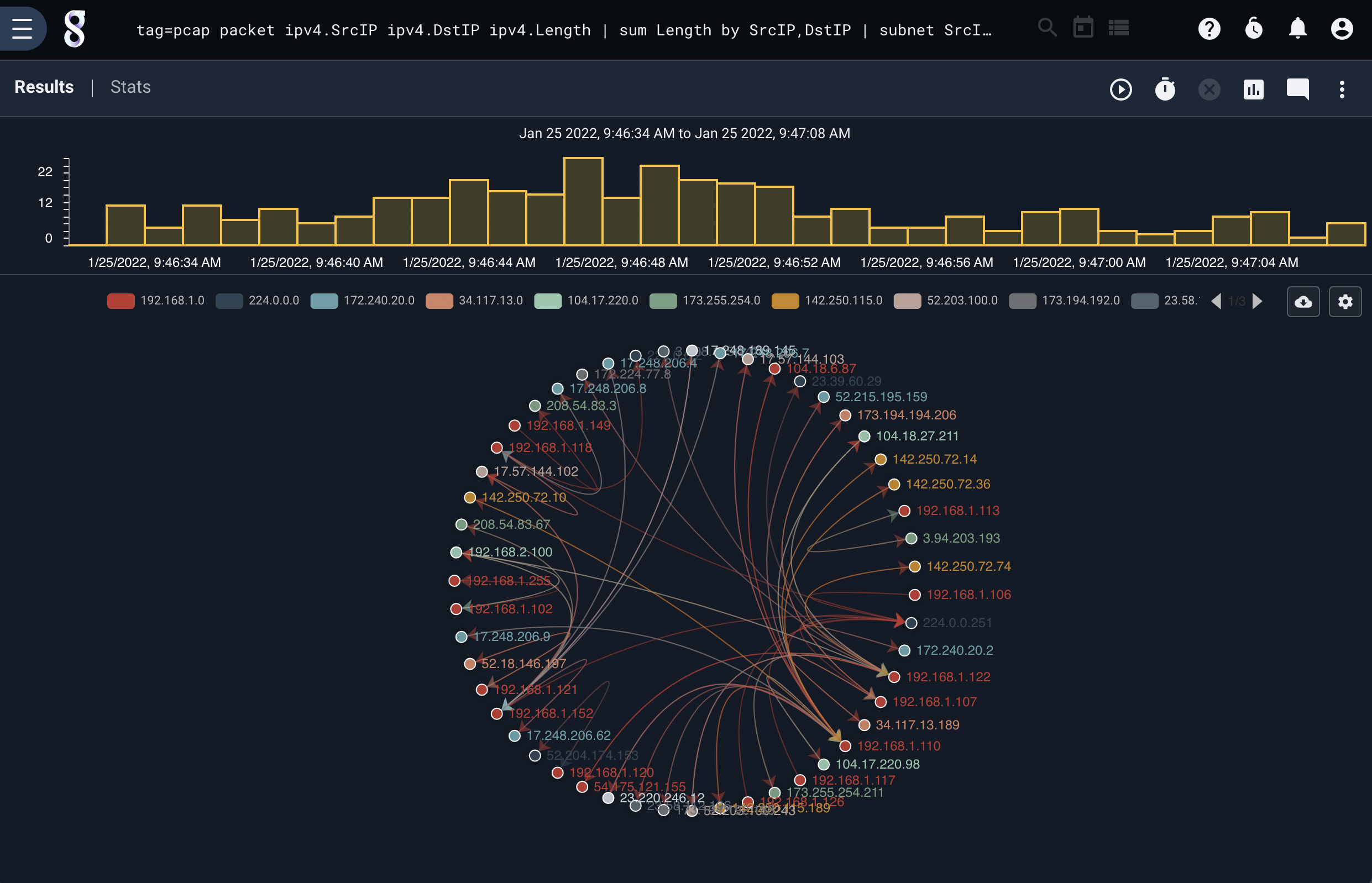