The split module lets you split the contents of an entry or enumerated value into multiple entries.

Specifying a name following any options informs the split module that it should split the named enumerated value rather than the contents of the entry itself. Omitting a name will cause it to operate on the entry.

For these examples, we will consider the following example entries:

Specifying the split module with no additional arguments will split the entries based on the default delimiter, the comma: 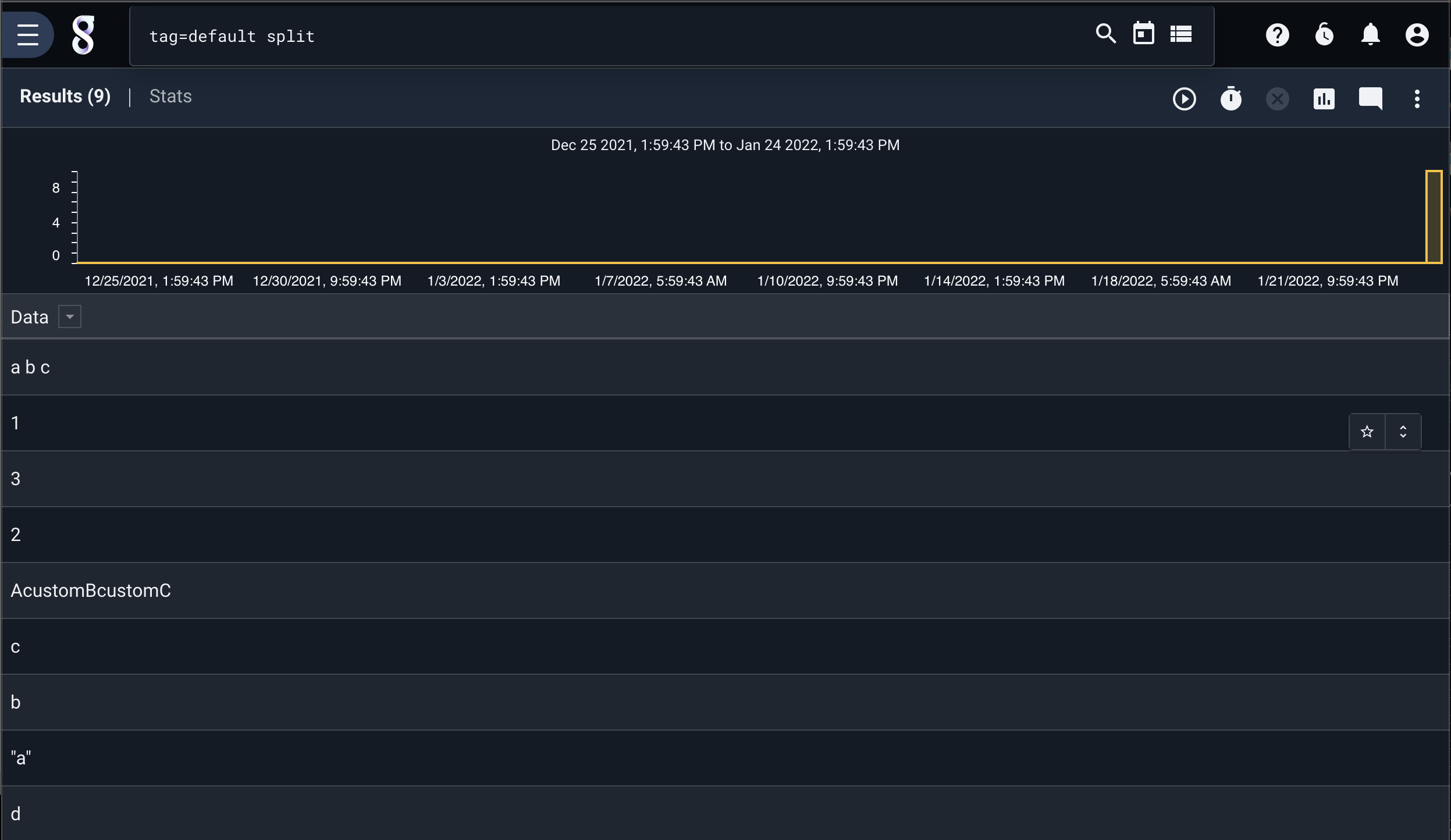 If we add the -clean flag, we note that trailing/leading quote marks and whitespace are eliminated: 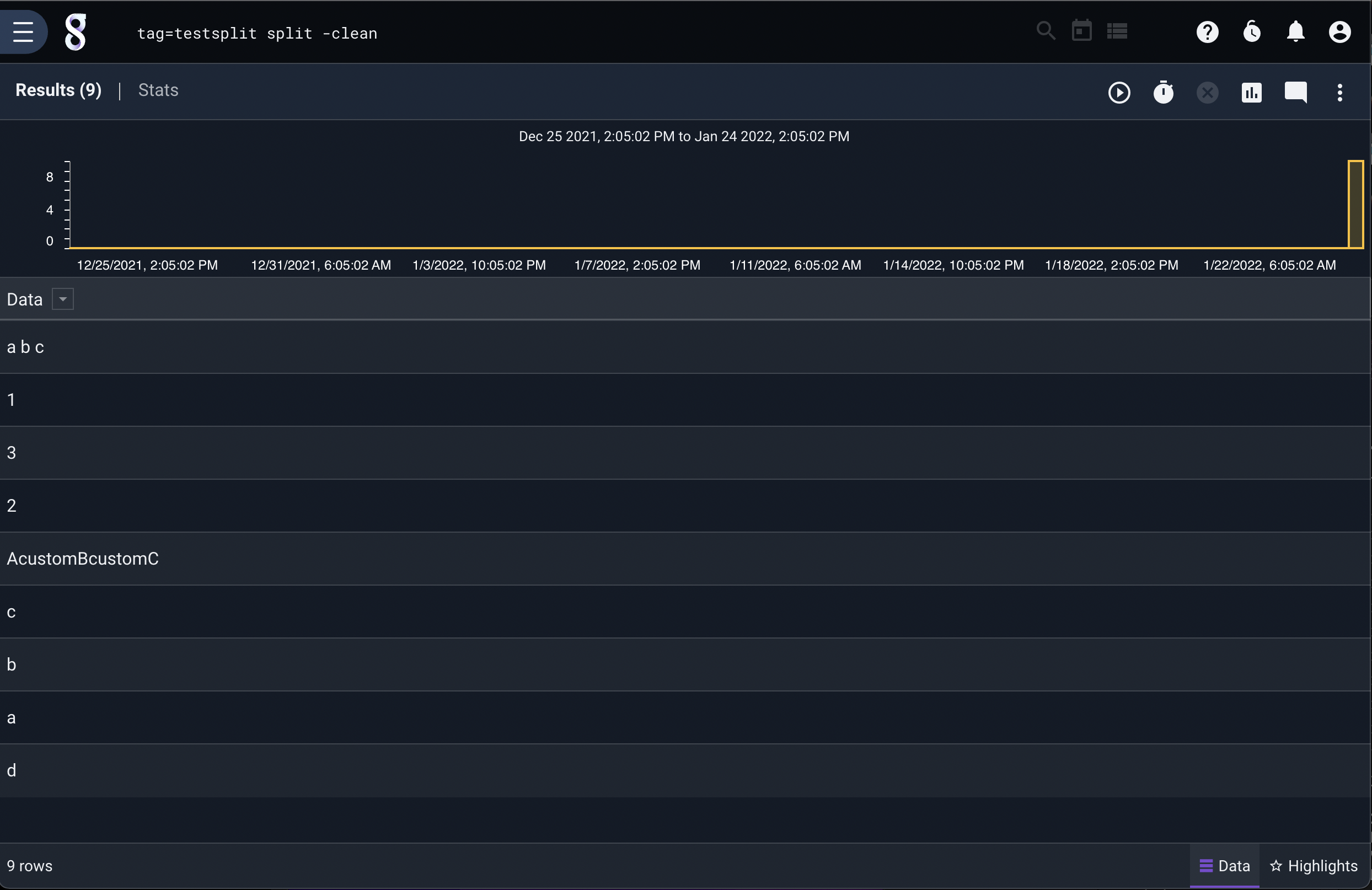 Some of the entries contain spaces. We can split on that using the -d flag: 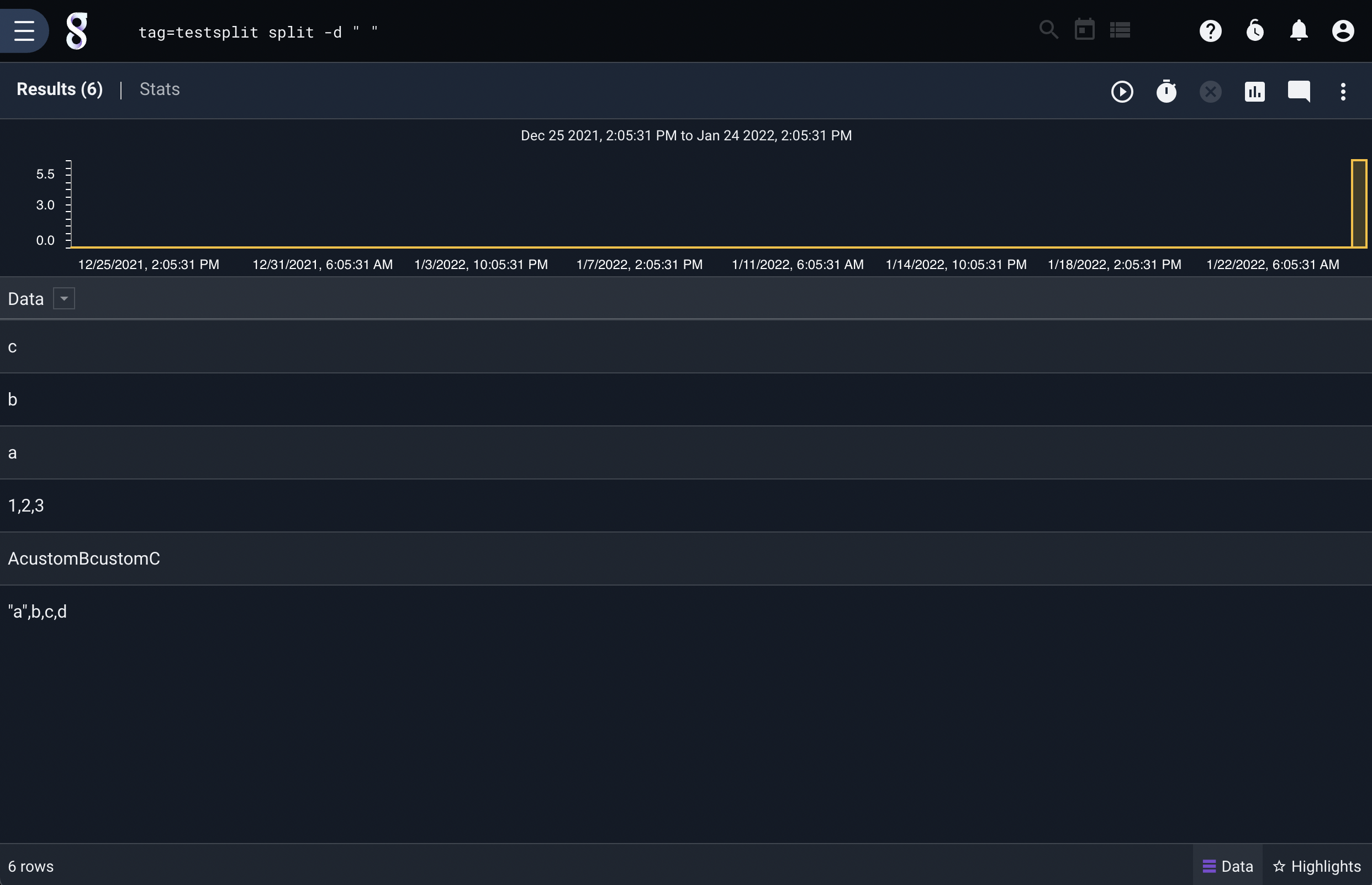 Note that one entry, a b c was cleanly split into 3 entries because it had a tab between every field, while another entry, "a",  b, c ,d' was split into two because it contained a single tab character between ‘c’ and ‘,’.

We can also specify arbitrary strings to use as delimiters: 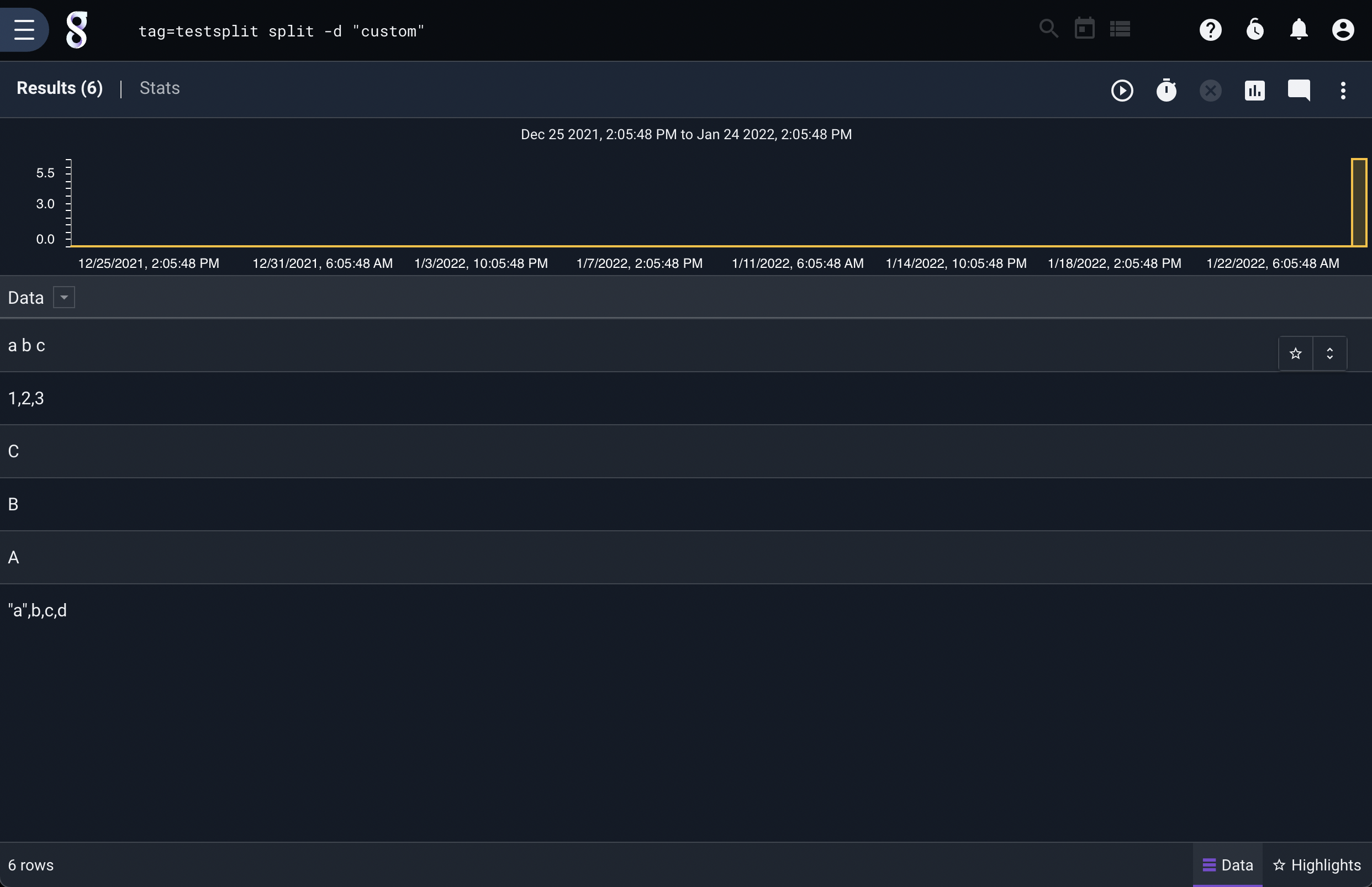 For this example, we will use Apache webserver log entries. 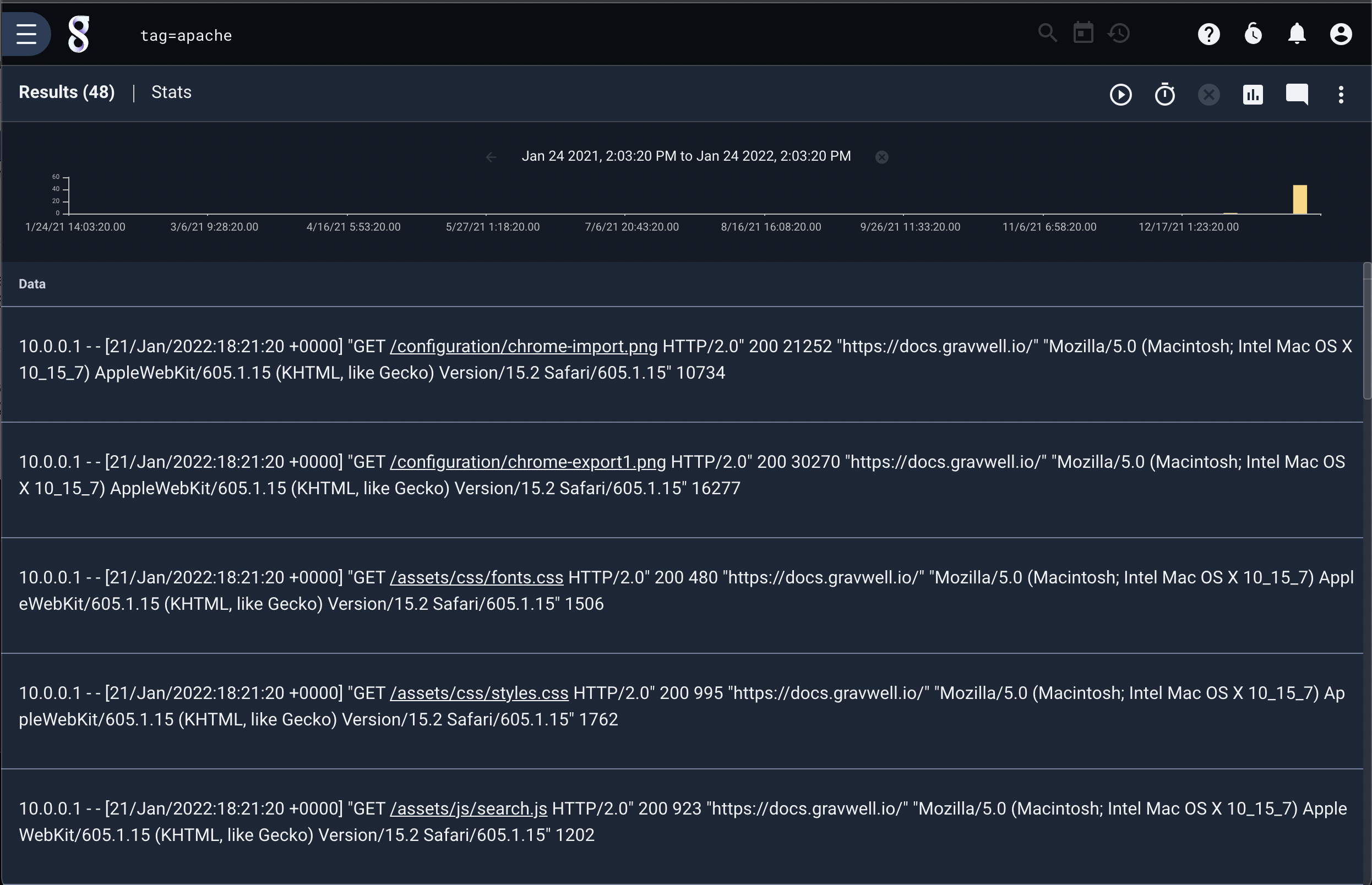 We can extract the ‘useragent’ field from the apache structure, then split it on commas: 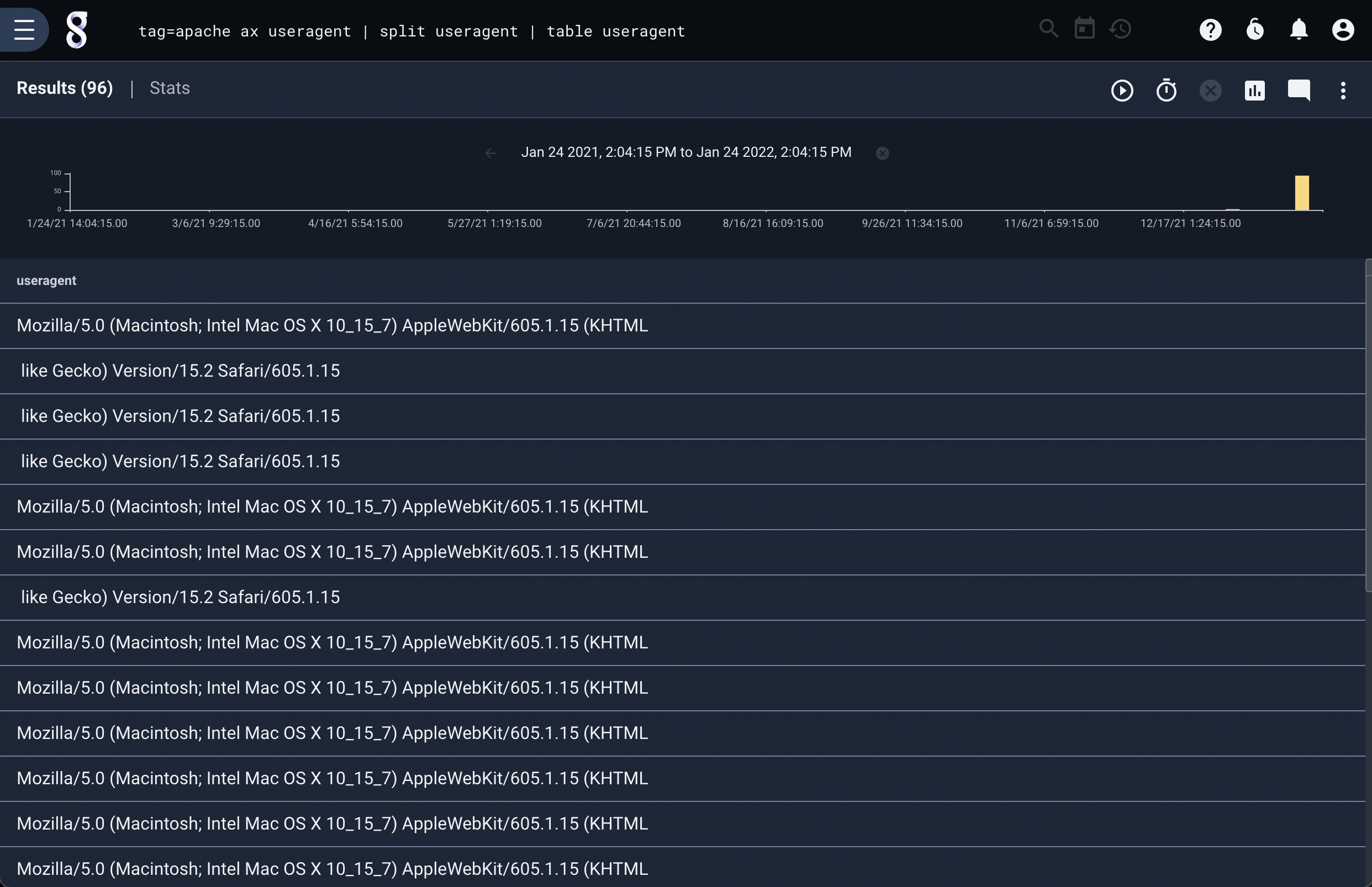 Note that the raw contents of the entries are not modified: 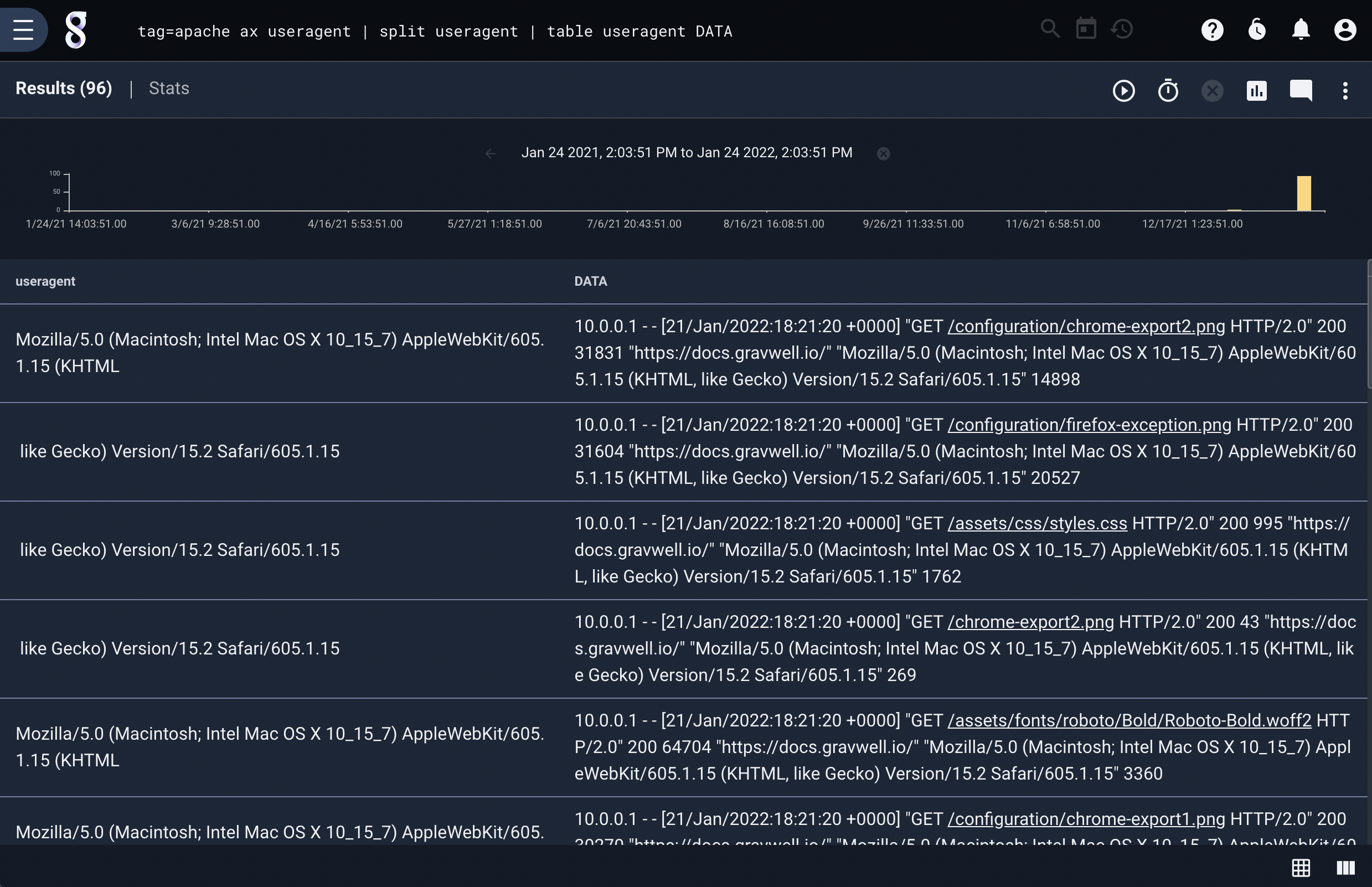