The ipexist module is designed to perform simple existence checks on IP addresses as fast as possible. It uses Gravwell’s ipexist library to manage sets of IP addresses and quickly query the existence of a given IP within the set. Users specify one or more enumerated values to match against the set; by default, if all enumerated values match addresses within the set, the entry is passed.

The ipexist module uses a specific format to store sets of IPv4 addresses that is designed to allow fast lookups while also remaining relatively space-efficient. This format is implemented in the ipexist library, which includes a tool to generate the sets at the command line.

Then populate a text file with the list of ip addresses you wish to have in the set, one IP per line. Ordering does not matter:

Then run the textinput tool, giving it the path to the input file and a path for the output:

This should produce a properly-formatted output file which can be uploaded as a resource for use with the ipexist module.

Assuming packets are captured under the pcap tag, the following query will only pass those packets whose source IP address matches an IP in the ips resource: 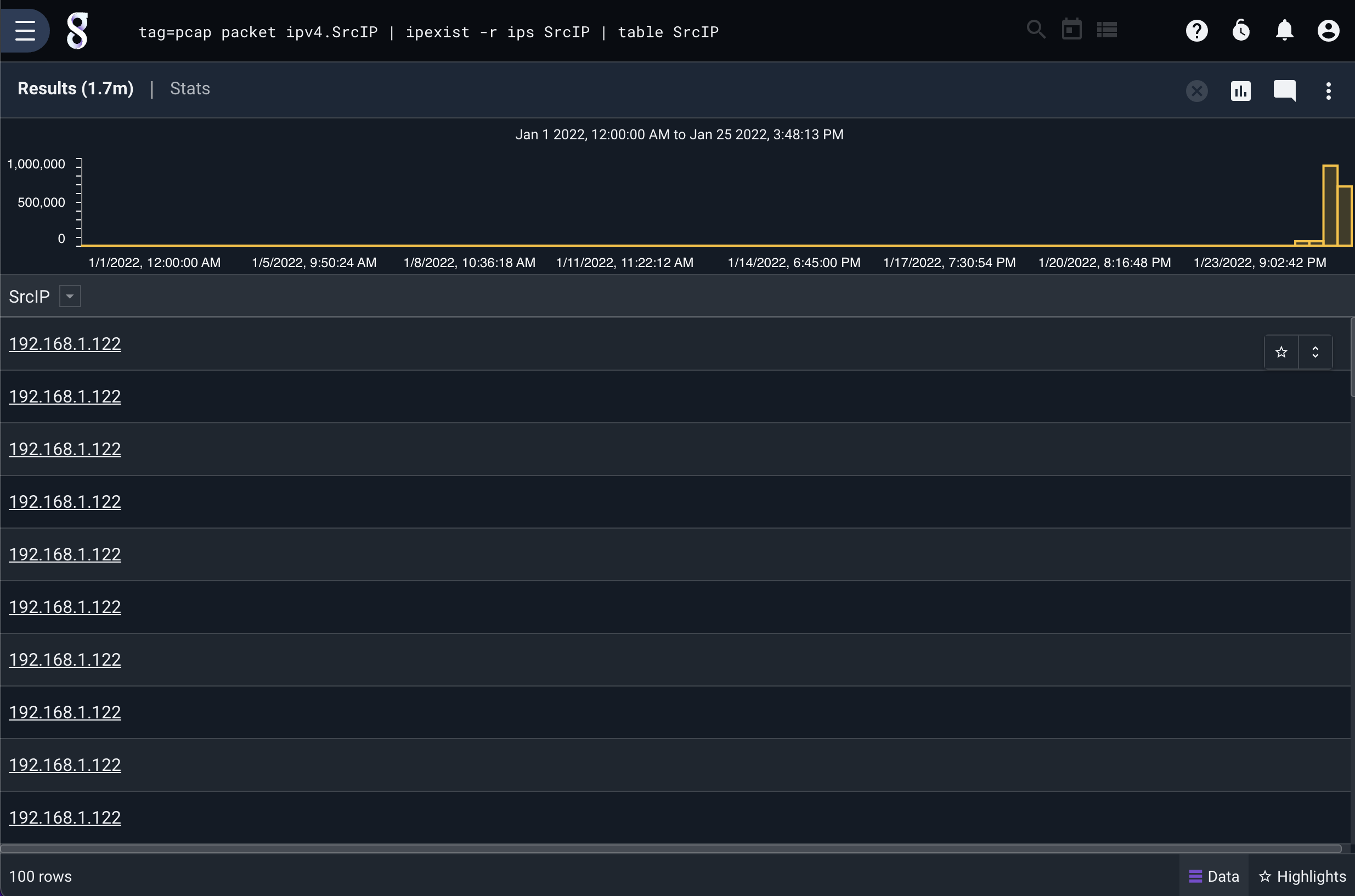 This query will pass any entry whose SrcIP and DstIP is found in the resource:

Adding the -or flag makes the query more relaxed; it will pass any entry whose SrcIP or DstIP is found in the resource:

The -v flag inverts the query: if you add -v to a query, any entry which would normally be dropped will be passed and vice versa.

This query drops those entries whose source IP addresses are found in the resource: 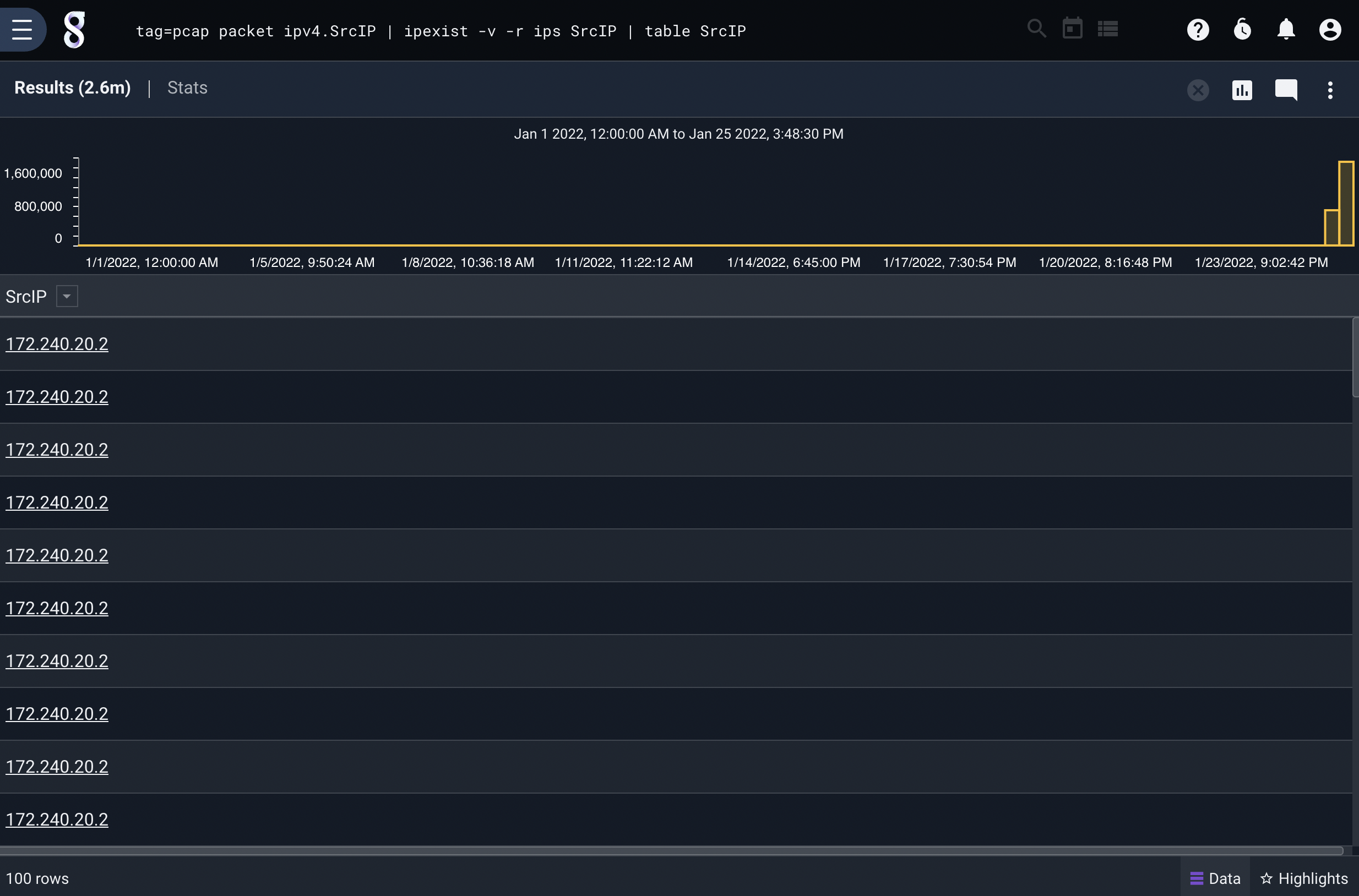 In the following query, any entry whose SrcIP and DstIP exist in the resource will be dropped. This query essentially says, “show me every packet whose source or destination is not in the known list”.

Multiple unique IP sets may be specified by repeating the -r flag. The ipexists module will essentially treat them as one large set.