Subnet is designed to extract a subnet from an IP address. This is useful for looking at values that only fall within a specific subnet, or for classifying attackers based on points of origin. By default the subnet module assumes IPv4, but fully supports IPv6 via the -6 flag. The subnet is by default extracted to an enumerated value named ‘subnet’, but the “as” flag allows you to specify a different target.

Get the source and destination subnets from packets: 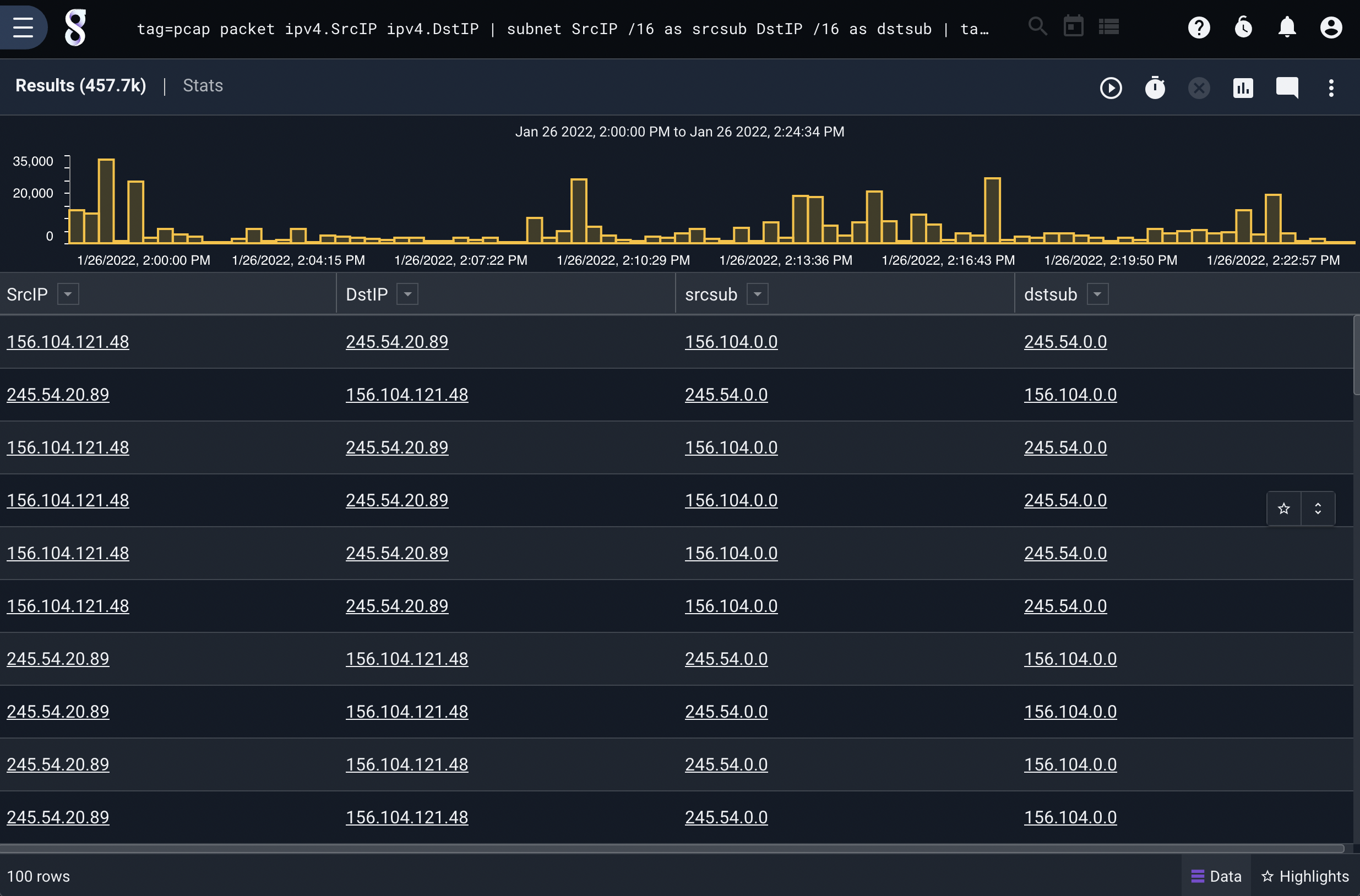