The stats module allows the user to perform multiple stats operations simultaneously, where the individual math modules only perform one operation. The canonical example for the stats module is computing the mean and standard deviation of values in order to display error bars on a graph.

An invocation of the stats module consists of:

These components are discussed below.

The following operation names are supported:

Multiple operations can be specified:

This is particularly useful when performing the same operation on multiple different enumerated values:

When the user needs an operation performed separately for e.g. each different IP, it is necessary to specify “by arguments”.

This tells the stats module to calculate separate mean and standard deviation for each unique SrcIP value. The result will be 1 entry for each SrcIP seen, each containing the appropriate SrcIP, mean, and stddev enumerated values.

You can specify as many by arguments as you want:

The module will calculate a separate mean and standard deviation for every combination of SrcIP, DstIP, and DstPort.

When working with very large datasets on systems with limited memory, specifying too many by arguments can lead to memory exhaustion as the stats module attempts to keep millions of combinations in memory.

For example, the following will run a “mean” operation using SrcIP DstIP DstPort as the keys, but the stddev operation is applied without keys:

The stats module can perform operations with complex keying, this means that you can provide a keyset (or lack thereof) for every operation. This is useful if you want to see multiple operation with different keys in a single table or chart.

For example, here is a query that performs a sum of packet sizes by IP but also provides a baseline sum across all packets: 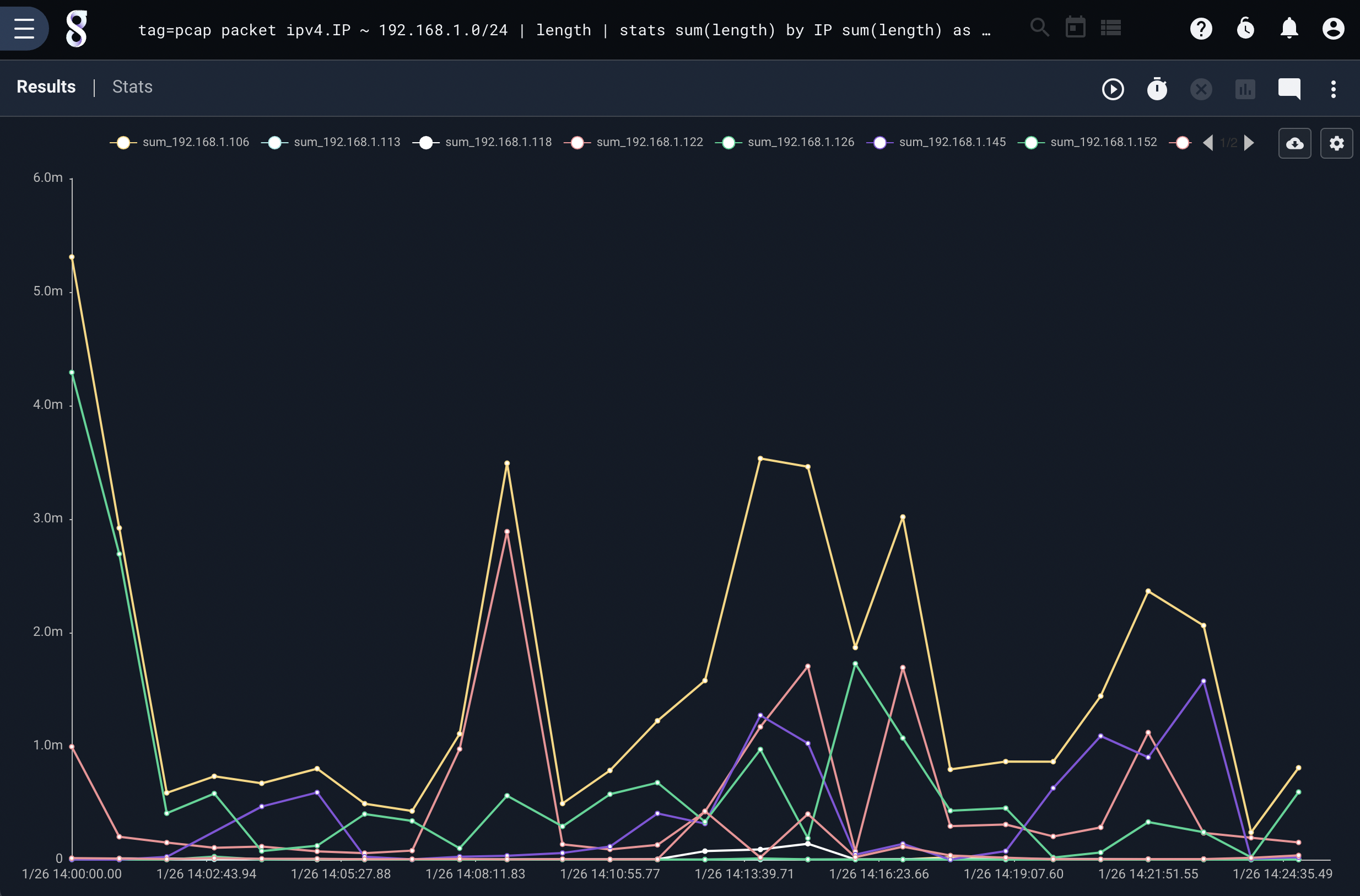 The stats module can operate in two modes: temporal or condensed.

In condensed mode, it emits results only once. This occurs automatically when using the text renderer or when the -nt flag is passed to the table renderer.

In temporal mode, the stats module operates over time windows, defaulting to 1 second. For every 1 second of data, the module emits a set of result entries. This is used when sending data to the chart renderer.

While the default window is 1 second, the window size can be modified with the “over” option:

When sent to the chart module, the results will be calculated over a 5 minute window rather than the standard 1 second.

The sum and total operators behave exactly the same in every context except chart. When using the chart renderer the total module will not “reset” values across time buckets.

The behavior difference is best demonstrated in a screenshot generated using the following query: 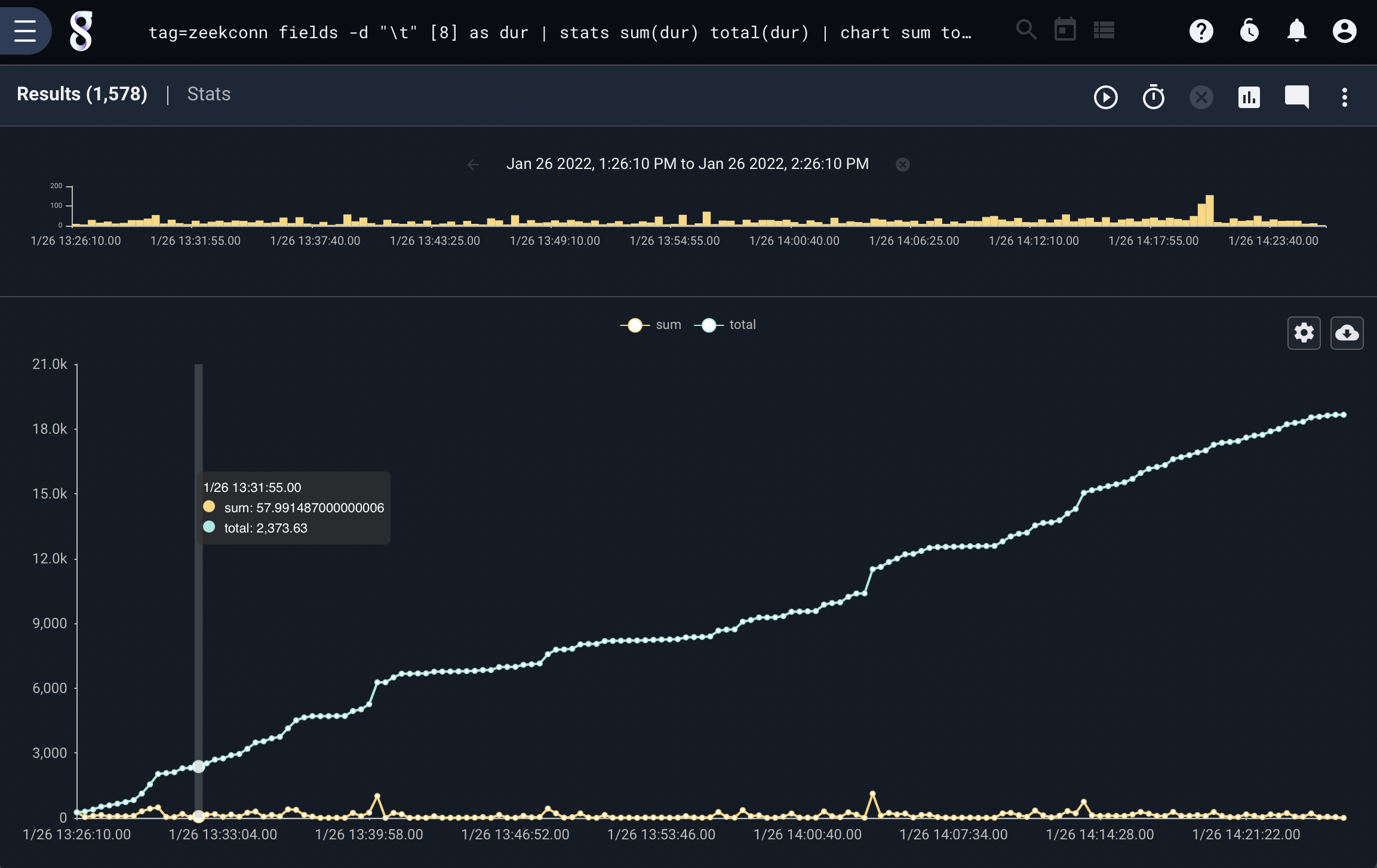 This query generates two lines based on the sum and total sum of the duration values. The chart generates a line for the sum values by bucketing the data where the line for total represents buckets that compound over time. The underlying operations are the same, but total does not “reset” the bucket each time it transitions to a new time span, where “sum” does.