The pointmap and heatmap renderer modules translate search results onto a map. Both place entries on the map based on locations in enumerated values. By default, the modules look for an enumerated value called ‘Location’, as set by the geoip search module. Locations can also be specified explicitly using the following:

Pointmap translates entries into distinct markers on the map. If additional enumerated value names are specified, their contents will be displayed when a point is clicked.

The following search displays a map of all IP addresses captured in netflow records: 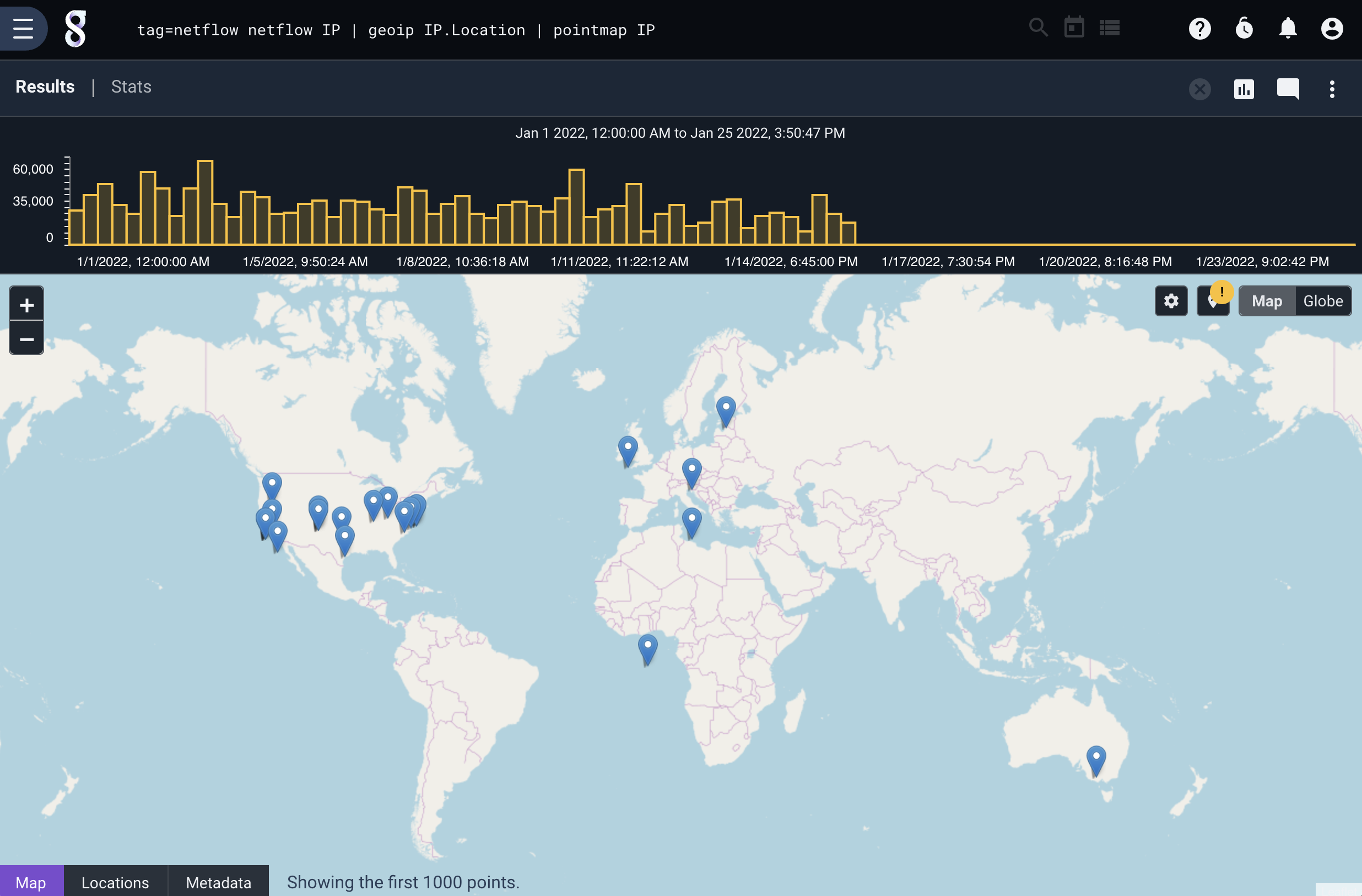 If we sum up the number of bytes from each IP and add the IP and Bytes enumerated values to pointmap’s arguments, they will appear when we click on a point (we also added the ASN Organization so we can see WHO we are talking to): 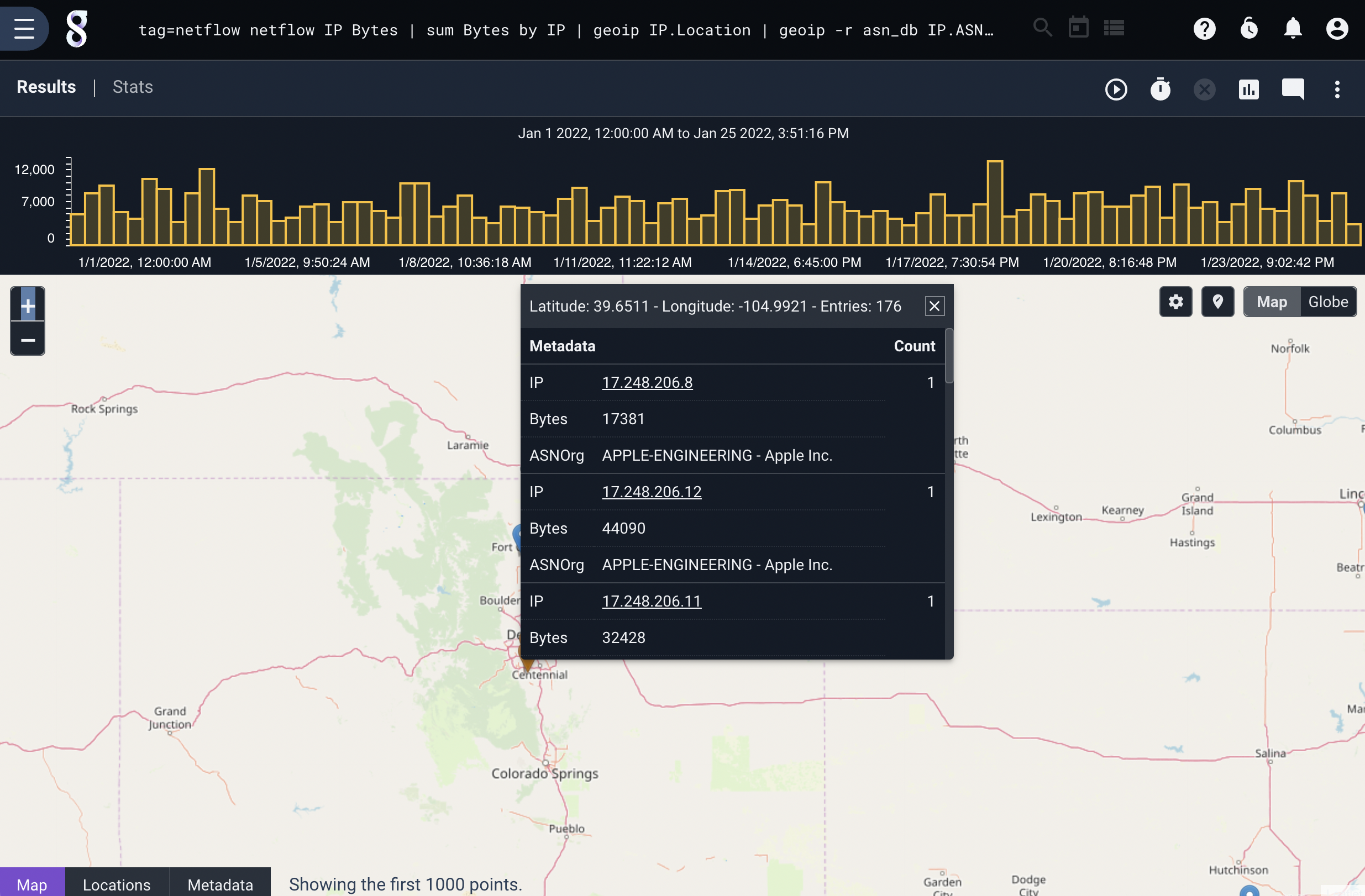 Heatmap operates similarly to pointmap, but it takes 0 or 1 additional enumerated values as arguments. If no enumerated value argument is given, it generates a heat map using the number of entries for each location as the ‘heat’. In this example using netflow records, the ‘heat’ represents the number of connections from a location: 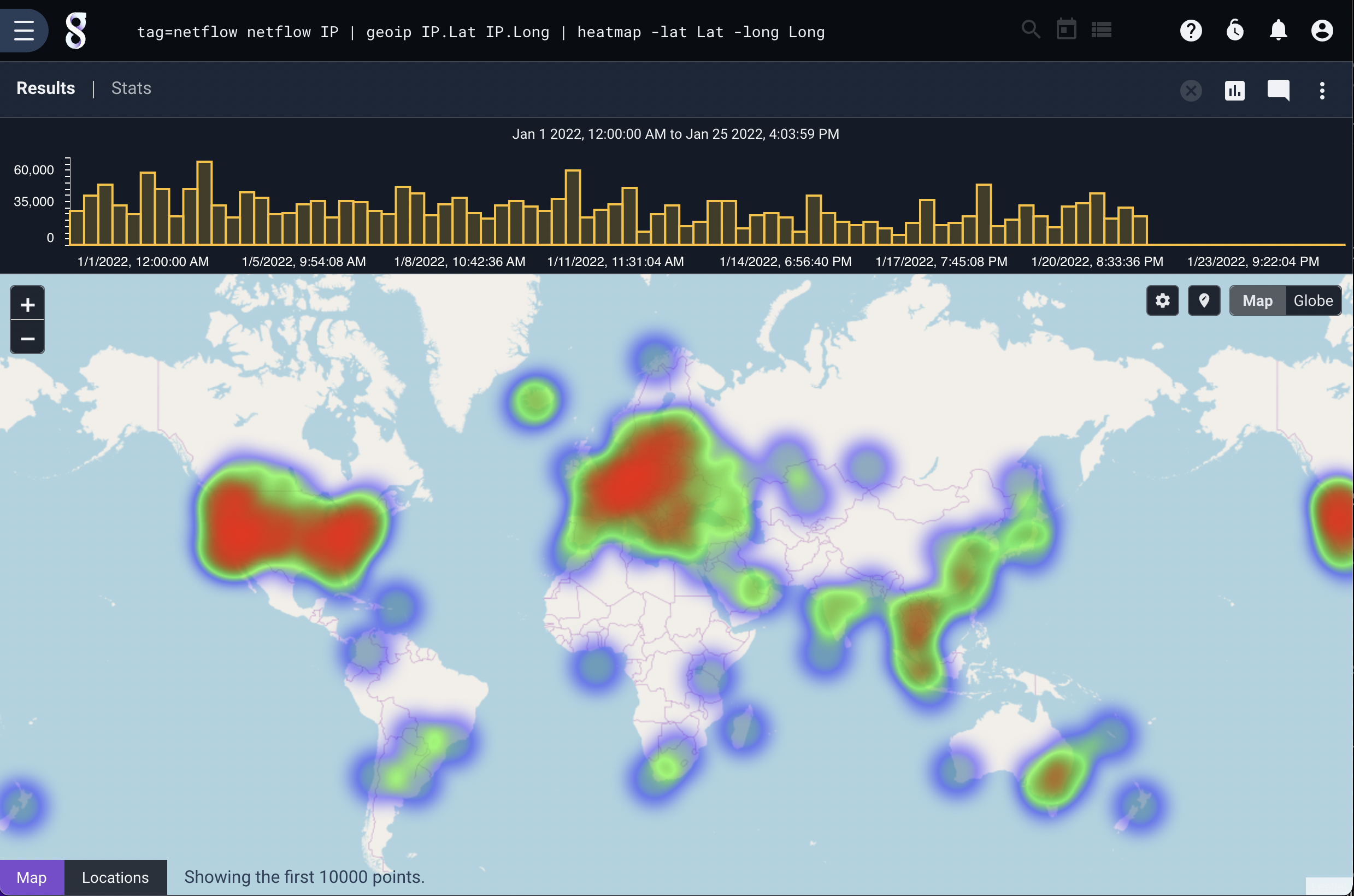 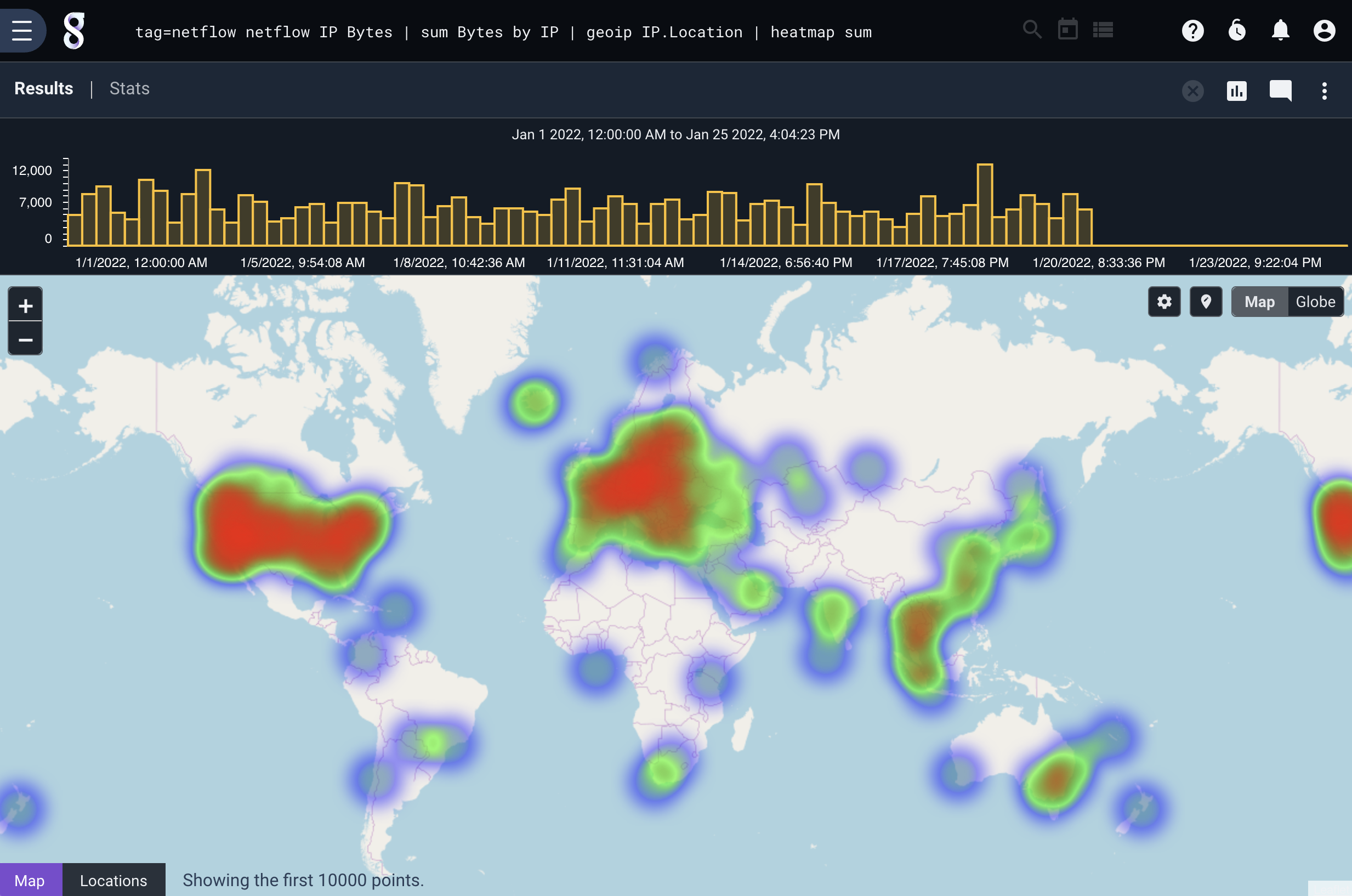 Getting in on that 3D#

Heatmap and Pointmap also have 3D renderings, just click the “Globe” selector in the upper right hand side of the map and the map will redraw.

Running the exact same heatmap query, but rendered using the Globe system shows the following (The map rotates automatically so that all your bosses know you are definitely thinking in real-time about all the global threats):